Présentation of the Honorary Doctorate Insigna 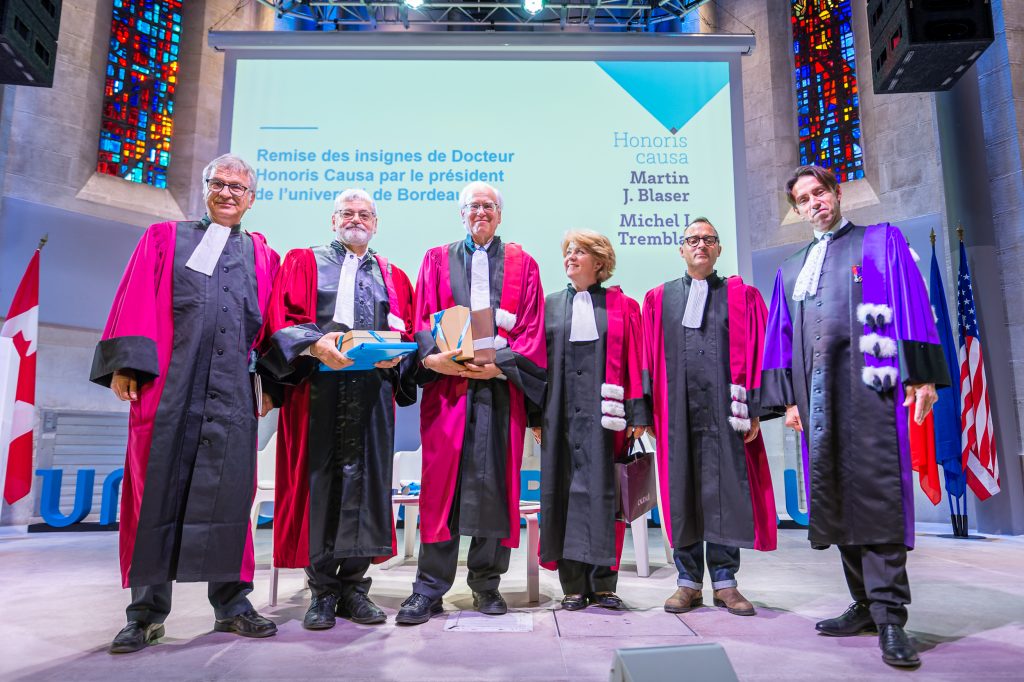 Michel L. tremblay and Martin J. Blaser were awarded the title of Doctor Honoris Causa by Dean Lewis, president of the University of Bordeaux after their praises by Andréas Bikfalvi (team 1) and Philippe Lehours (team 4) respectively.

The title of Doctor Honoris Causa is awarded to foreign personalities to distinguish them for their contribution to the arts, literature, science and technology as well as to France or the establishment that grants the title.

In the margin of this event, Philippe Lehours organized a seminar the day before around Martin J. Blaser (The microbiota as seen by the experts) and Andreas Bikfalvi organized the day after around Michel L. Tremblay. The research of our unit was largely represented in the “cancer” session, the day ended with a meeting with the students. 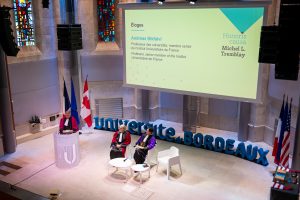 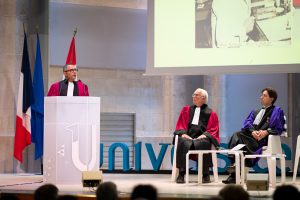 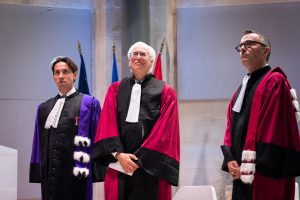